Craig’s 32nd birthday began 3 days early this year, on April 10th. After all the other preparations were made, I made his birthday cupcakes (shown here) and arranged them carefully with a special riddle/poem:

When Craig arrived at Water Dog Kennels the next morning, he was presented with another clue: 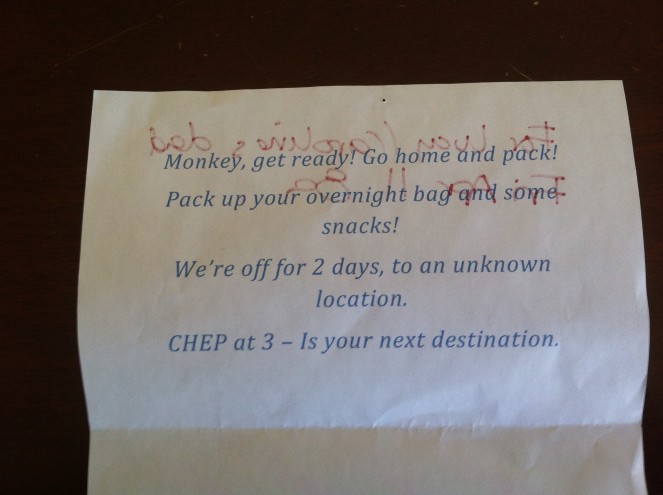 And when he met me at work, my car already loaded down with luggage, gifts, and a huge cooler, he got this clue:

And then a pair of sunglasses:

He jumped into the driver’s seat with a smile on his face, and I gave him a special mix CD 🙂 and told him to choose from the Saved Destinations list in the GPS “Craig’s Birthday Part 1“… And the drive begin…He still had no idea where we were headed – just that it was about 160 miles away!

Around 6:30pm, we arrived outside of Lulu’s On Main, which I mentioned here… 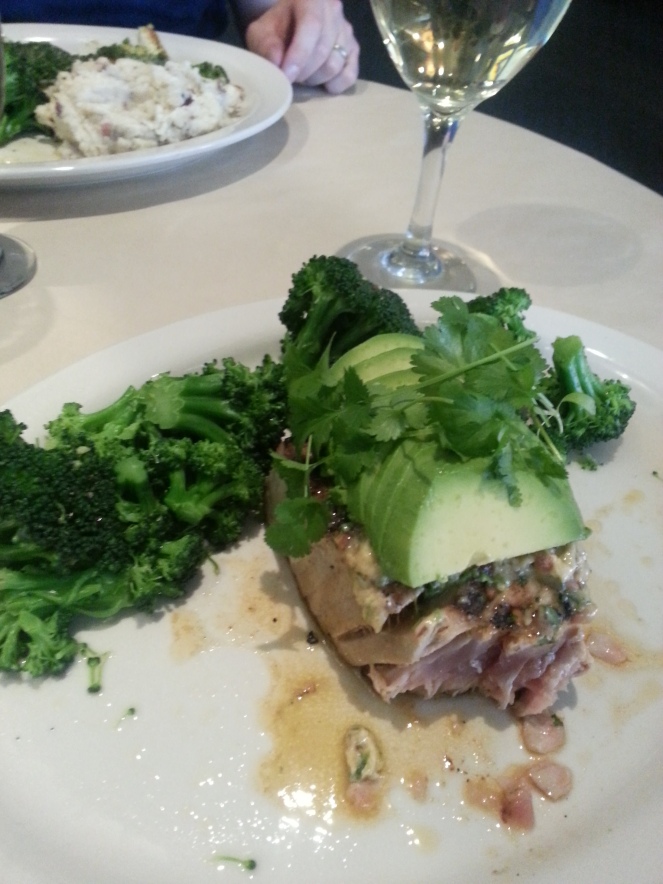 It was seriously some of the best food…Yum! And then it was off to our next destination…And still, Craig had no idea where we were going… This time he just chose “Craig Birthday #2” from the destinations list and off we went… 15 miles down the road…

…to the gorgeous and charming Balsam Mountain Inn.

The Balsam Mountain Inn has a very interesting history and the most “shabby chic” rooms I have ever seen! They are each unique and charming, and we have never stayed at a more friendly place!

That evening, Craig and I sat on the rocking chair porch, enjoying the scenery and each other’s company! The air was warm and the night was just breezy enough! It was truly a beautiful evening!

The next morning I woke up bright and early to surprise Craig with his next clue: 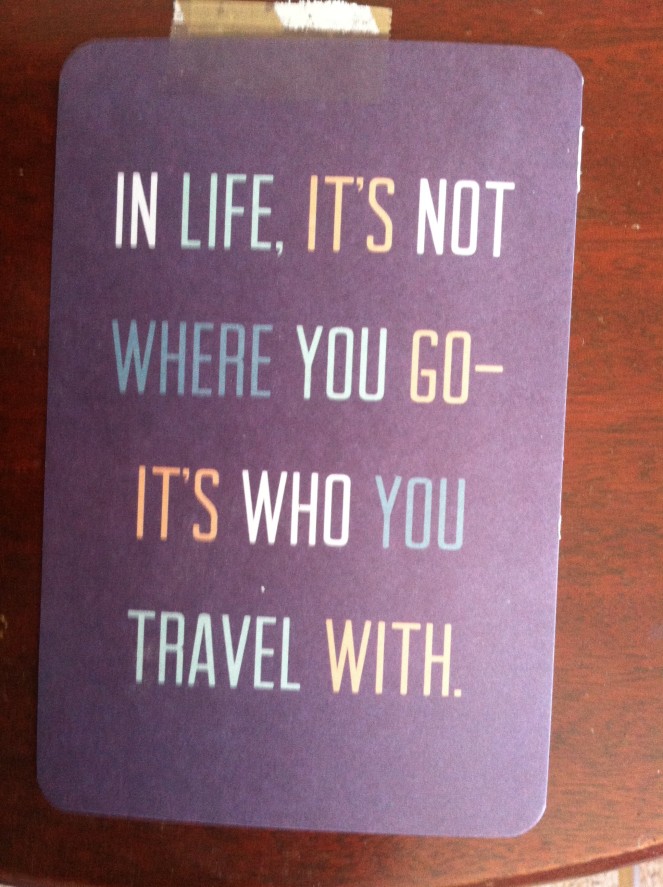 {Translation: “You’ll want to wear this; I know you’ll look hot. But will it help your feet? No, probably not! They’ll be roaming along. You’ll wish you had four…as we travel on this WALKING BREWERY TOUR!”}

…and with this hat I had made for him at Smathers & Branson:

Craig was super excited about our little trip to Asheville & the brewery tour! We ate a delicious breakfast at the inn, and then headed out to the “big city” (most cities are enormous in comparison to Balsam, NC!) for a fun-filled afternoon! 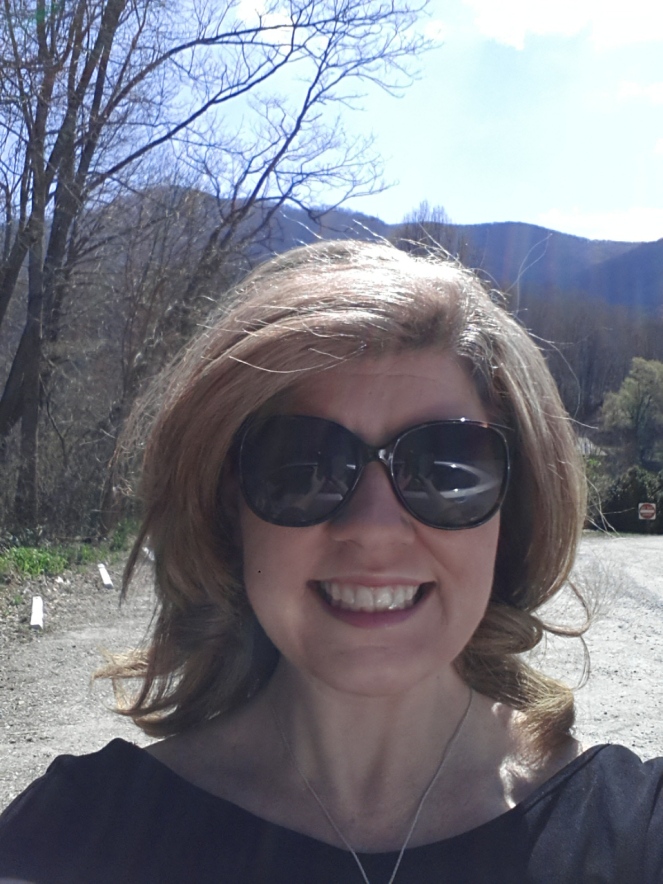 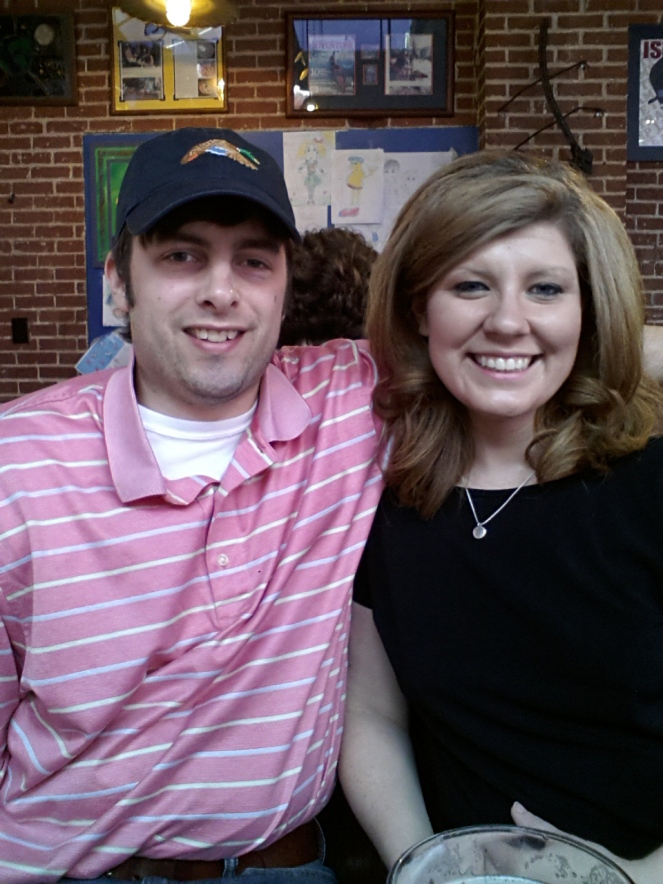 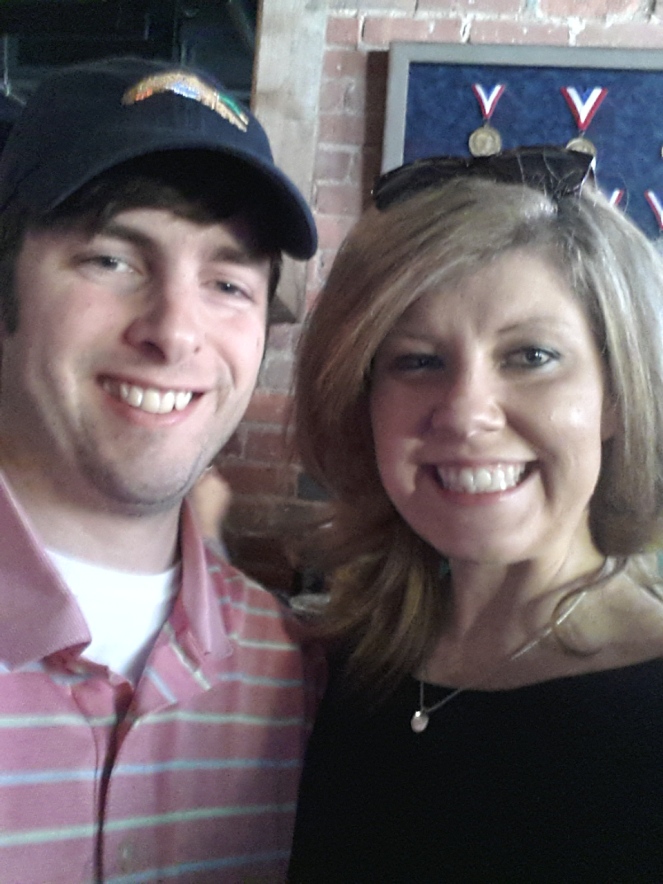 It was a gorgeous day and we had a wonderful time walking all over Downtown Asheville!

The next morning I had chosen a church for Palm Sunday, and we ate a quick breakfast and made it to the 9AM Mass – Luckily, we were literally BLESSED with a palm! Then it was off to the next destination: 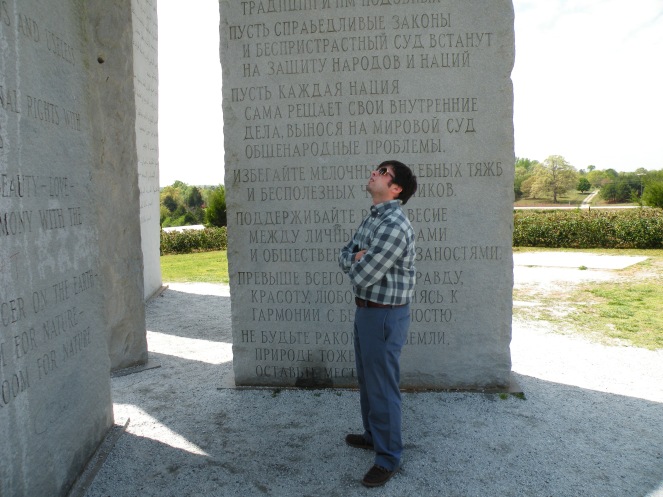 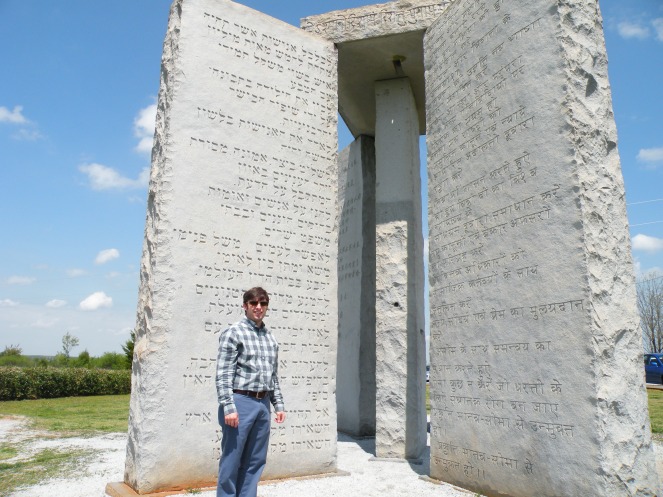 And then back in the car with the next unknown plugged into the GPS…Fortunately, as we were driving there, Craig pointed out the exit for my office along the way…where his truck remained parked… We had to make a surprise detour into Dunwoody to  retrieve the truck, and then I hugged Craig and told him I would see him at home… 🙂

Where he received his final clue:

…where he was very surprised to find my parents, brother and our dear friend, Julia, waiting at the table to surprise him!

As you can imagine, we have slept like rocks since we returned home!! We had an absolute blast, and I would plan something like this for him any day of the week, any season of the year!

I love you, Monkey! 🙂 Happy Birthday (one last time!)!